Shining a light on a hidden issue: mental health during pregnancy 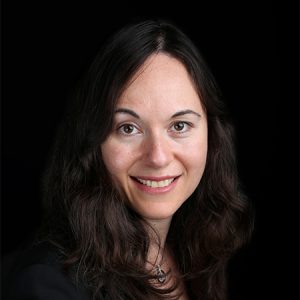 “It wasn’t long ago that people believed it wasn’t possible to have a mental health problem during pregnancy,” said Dr. Simone Vigod, winner of the 2021 Royal-Mach-Gaensslen Prize, during a virtual event November 30 to present her with this year’s prize. Dr. Vigod, an associate professor of psychiatry at the University of Toronto and the Shirley A. Brown Memorial Chair in Women’s Mental Health Research at the Women’s College Research Institute, researches women’s mental health before, during and after pregnancy, called the “peri-natal period.”

She said it is difficult to know whether mental health problems that appear during pregnancy started beforehand. Early adulthood “is an age when many women start to experience mental illness, and pregnancy can add stresses such as unplanned pregnancy or financial worries.” Furthermore, she said it was long thought that women with existing serious mental illnesses such as schizophrenia “did not have a reproductive life,” but, in fact, about half do have children.

She has studied how women make decisions about treatment with psychotropic drugs, weighing the benefits of treatment against the low but real risk to the fetus. Her research shows that over half of women facing the decision about whether to take drugs for mental health feel conflicted. To address this, she has developed an online guide to help women make a decision “that they are comfortable with.”

She also emphasizes “stepped care” for mental health problems, starting with psychotherapies such as cognitive behavioural therapy that are proven to be effective but don’t involve drug treatment. For the small number of women for whom psychotherapy does not help, they may turn to medications.

Many wish there was another option, and Dr. Vigod is trying transcranial stimulation – a mild electrical stimulation targeted to the part of the brain thought to be involved in depression. The treatment affects only the precise area of the woman’s head, Dr. Vigod said, and a small pilot study has shown through monitoring of the fetus that it has no effect on the baby. This is a safe therapy for mother and baby, approved through Health Canada’s rigorous process, that appears to have good results.

She is also using online therapies for women who might not have access to therapists because of their location or because the stigma associated with therapy makes them hesitant. At Women’s College Hospital in Toronto, she started “Mother Matters,” an online psychotherapy group guided by a therapist. Women can sign on any time, discuss their issues with each other, all in a supportive, anonymous setting.

Vigod believes that helping women during this unique phase of life also helps whole families. Research has shown that a mother’s mental illness can affect the baby, other children, and the family dynamic. “If we improve the mental health of mothers, we also improve the health of everyone across the generations.”

On behalf of the Royal Mental Health Centre, Joanne Bezzubetz, president and chief executive officer, highlighted Dr. Vigod’s approach to researching while treating patients, to training new researchers and to advancing research in a new area, calling her research “inspiring.” Dr. Christopher Carruthers, chair of the Mach-Gaensslen Foundation of Canada, said that peri-natal mental health is one of the under-studied areas of mental health research that the prize has helped to bring to light. Dr. Carruthers mentioned that, in a recent survey, past winners said that the prize has quickly become a prestigious honour and has enabled winners to conduct research that would be judged too risky by traditional funding sources.

Dr. Florence Dzierszinski, president of the Royal’s Institute of Mental Health Research, thanked two members of the prize selection committee who are stepping down this year. Dr. Anthony Phillips was one of the first members of the committee and has served as its chair for the last two years. He is a professor of psychiatry at the University of British Columbia and scientific director in the area of mental health and addiction at the Canadian Institutes of Health Research’s Institute of Neurosciences. Dr. Sidney Kennedy, professor of psychiatry at the University of Toronto and director of the Centre for Depression and Suicide Research at St Michael’s Hospital in Toronto, has served on the committee since 2015.

If you missed the prize award event on November 30, you can watch it here (50 minutes).
Video credit: The Royal Mental Health Centre.