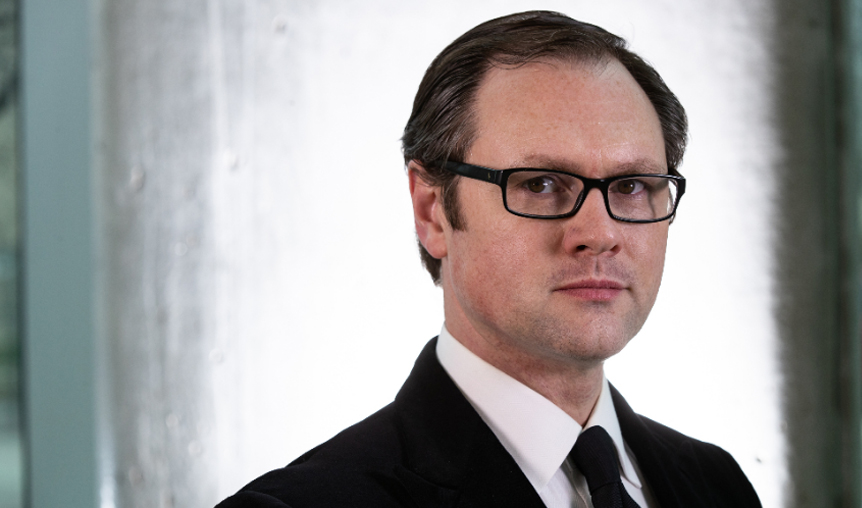 Dr. James MacKillop was presented with the 2019 Royal-Mach-Gaensslen Prize on Dec. 5 for his research into addictions, which promises to bring ground-breaking insights to the treatment clinic from the lab and vice versa.

In a talk entitled “Translational research on addiction: connecting the dots from bench to bedside and beyond,” MacKillop explained that his team at McMaster University and St. Joseph’s Healthcare in Hamilton, Ontario, where MacKillop holds the Peter Boris Chair in Addictions Research, partners with large clinical services to help those with substance use disorders. But it also draws from research in the clinic, the lab, and other sources as diverse as the DNA-testing service 23 and Me.

MacKillop’s team uses cognitive neuroscience, behavioural science, clinical science and behavioural genetics together. His unique finding is that people with addictions – from smoking to substances to food to gambling – make more impulsive decisions. The classic experiment is to ask people whether they would wait for a greater reward later or take a smaller reward sooner (called “discounting”). People who choose a smaller reward sooner tend to have greater likelihood of an addiction. Many people are familiar with the marshmallow test given to small children – the longer they can resist taking a marshmallow and hold out for the promise of two marshmallows later is a predictor of future success.

Through asking customers of 23 and Me to take a test that measures how they value rewards, MacKillop’s team linked discounting to several genes. But he stresses that there is no “addiction gene” – several genes probably combine to set a risk level. But most people with risk genes will not develop addictions, he stressed, unless life experiences come into play. These experiences can include abuse or neglect in childhood and psychological trauma in adulthood.

MacKillop hopes that this research will lead to novel treatments – behavioural, drug and innovative interventions, such as transcranial stimulation.

Following his talk, MacKillop spoke with the evening’s moderator Lianne Liang and Dr. Kim Corace, director of Clinical Programming and Research, Substance Use and Concurrent Disorders Program, at the Royal. Discussion shifted to medical cannabis, which is also a research area for MacKillop, as co-director of the Michael G. DeGroote Centre for Medicinal Cannabis Research at McMaster.

MacKillop and Corace agree that there is a lack of good research into benefits and harms of medical cannabis. Corace pointed out that cannabis dispensaries in the United States tout its benefits in treating opioid disorder but there is insufficient evidence to make this claim. “We just don’t know.”

The cannabis derivative CBD is being widely used, and it does not contain the psychoactive substance THC. But MacKillop pointed out that CBD does have harms, causing somnolence and putting a burden on the liver. “There are no free lunches with medications. CBD is not as harmful as other cannabis, but it’s not harmless, especially in high doses.” He is also concerned that people may take CBD for health problems instead of getting the medical help they need.

MacKillop expressed his thanks for the $100,000 prize, which he plans to use to further these areas of research.